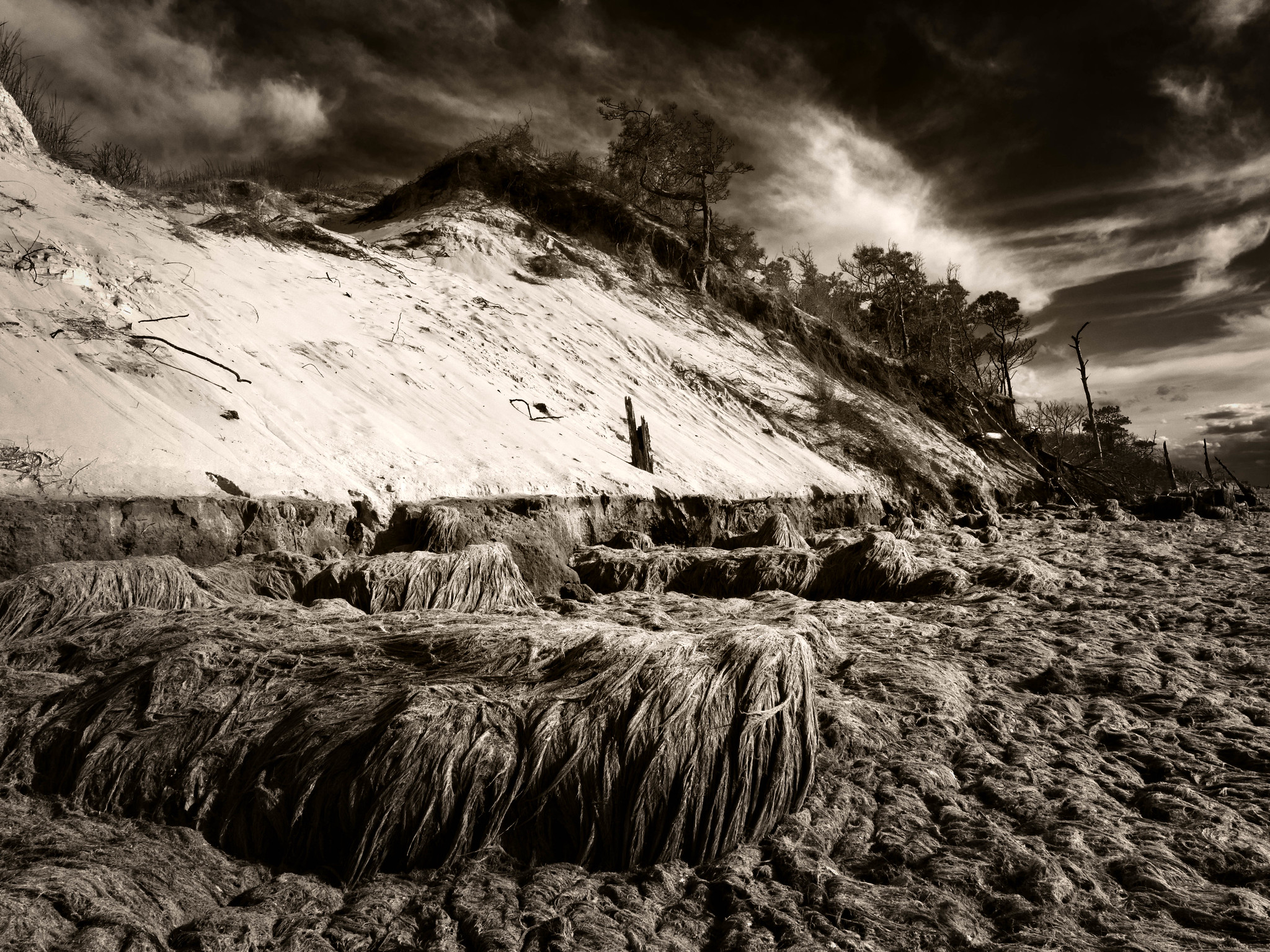 Another study of Impermanence:

I have been sitting with this statement for a couple of weeks now.  It started off as words spoken by an elderly lady’s family member.  I’ve heard it many times before.  “That’s never happened before”.  This time it was a suggestion of fault that somehow someone did something wrong or was deficient in their job.  When I heard this the voice in my head was responding with things like; “of course it hasn’t happened before but now that she is 90 with failing health and worsening dementia and not eating much there is going to be a lot going on that has never happened before..”  While my insides were a bit topsy turvy my response was somewhat calmer and polite.

Yesterday Karen and I went to Savage Neck Dunes for a beach walk.  When we arrived at the beach I was reminded of the words, “That’s never happened before.”  Where there was usually sand there was a coating of thick grass that was brought up from the bottom of the bay and deposited on the beach.  In places it was almost 2 feet deep.  It was squishy and wet and in early stages of decay offering an interesting bouquet. In places it was like walking on a giant featherbed mattress.  (only wet and smelly).

The beach is constantly eroding and moving to other parts.  (like our bodies ) We see loss.  The beach isn’t lost.  It just moved.  Now it is coated in thick eelgrass.  It smells different and feels different.  It makes for some interesting thoughts and images.