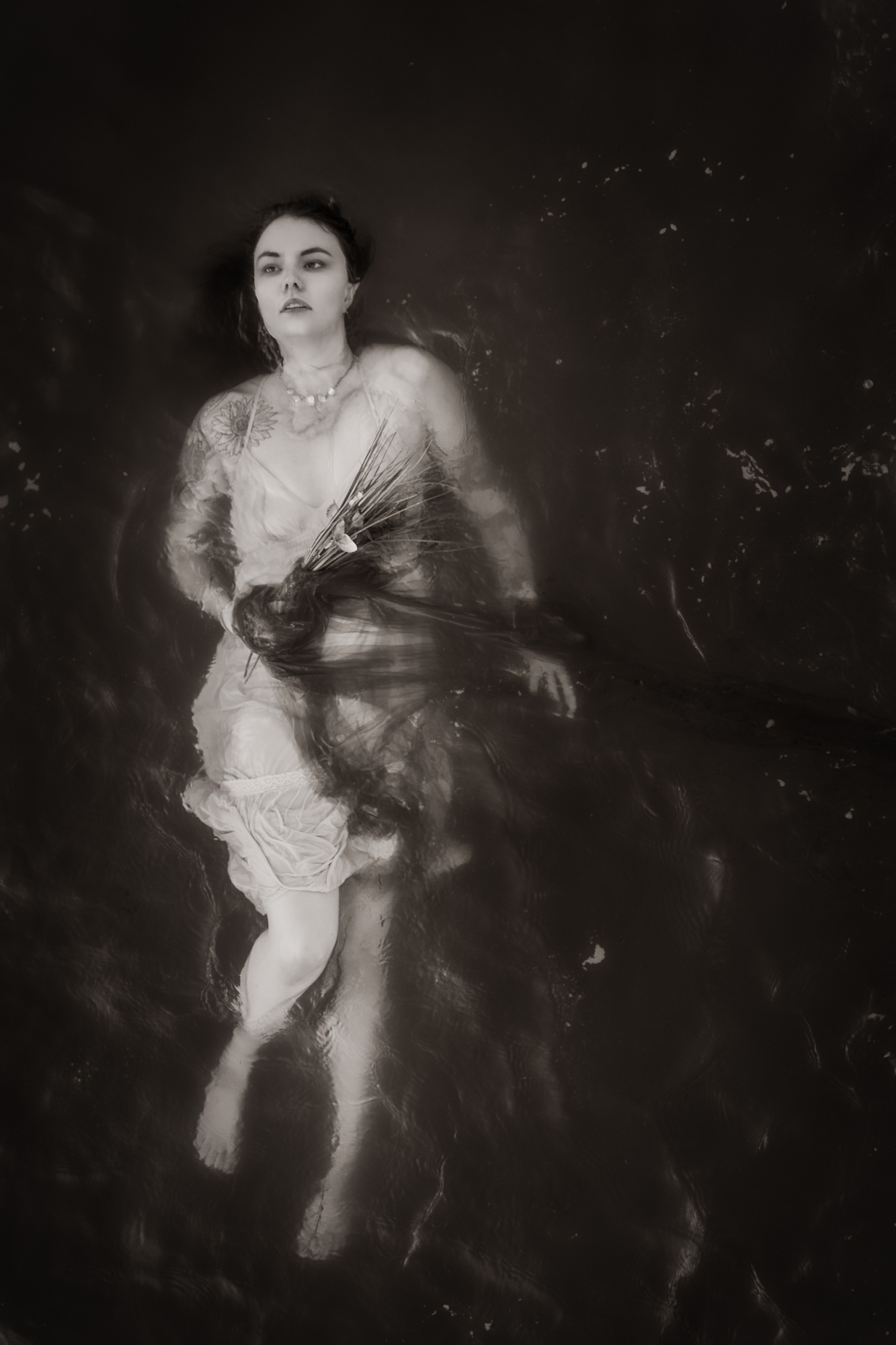 Floating in Water and Time

Last summer I did a series of photo shoots based on a loose notion of “floating”.  I had about eight to 10 different subjects agree to float about in water sometimes calm and sometimes not so calm.  Some days it was nice and warm and others not.  It was a lot of fun and no one was injured or drowned but there were some minor salt water aspirations.

I’m still not sure what to do with the resulting set of images.  Almost a year later I’m still waiting for the answer.  I’m “taking my time”.  (is it really my time?)

Today I made some Platinum/Palladium prints and I used this image as 1 of 6 and the result was very encouraging.  It has an old world-new world look and I think it is quite nice.

Let me know if you would like that print.  It will only cost 5 dollars that you would need to give to someone in need.